20 years of wind and rain

20 years of wind and rain

On August 20, 2020, Anhui Yongcheng celebrated its 20th anniversary. In order to celebrate this special day, the company’s 20th anniversary annual meeting with the theme of "20 years of wind and rain, grateful for traveling together" was held in Lu'an Shuguang Platinum Hotel. 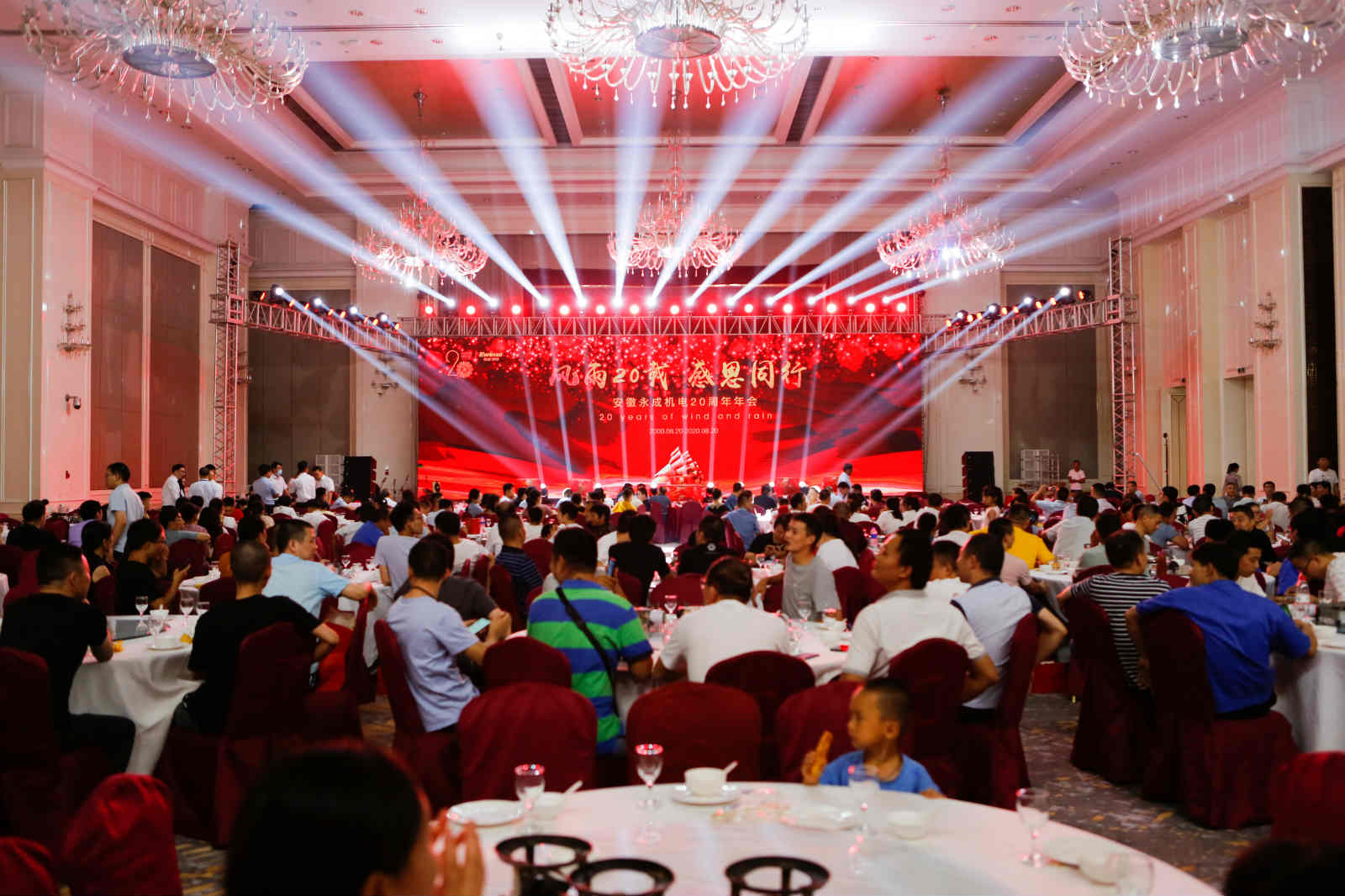 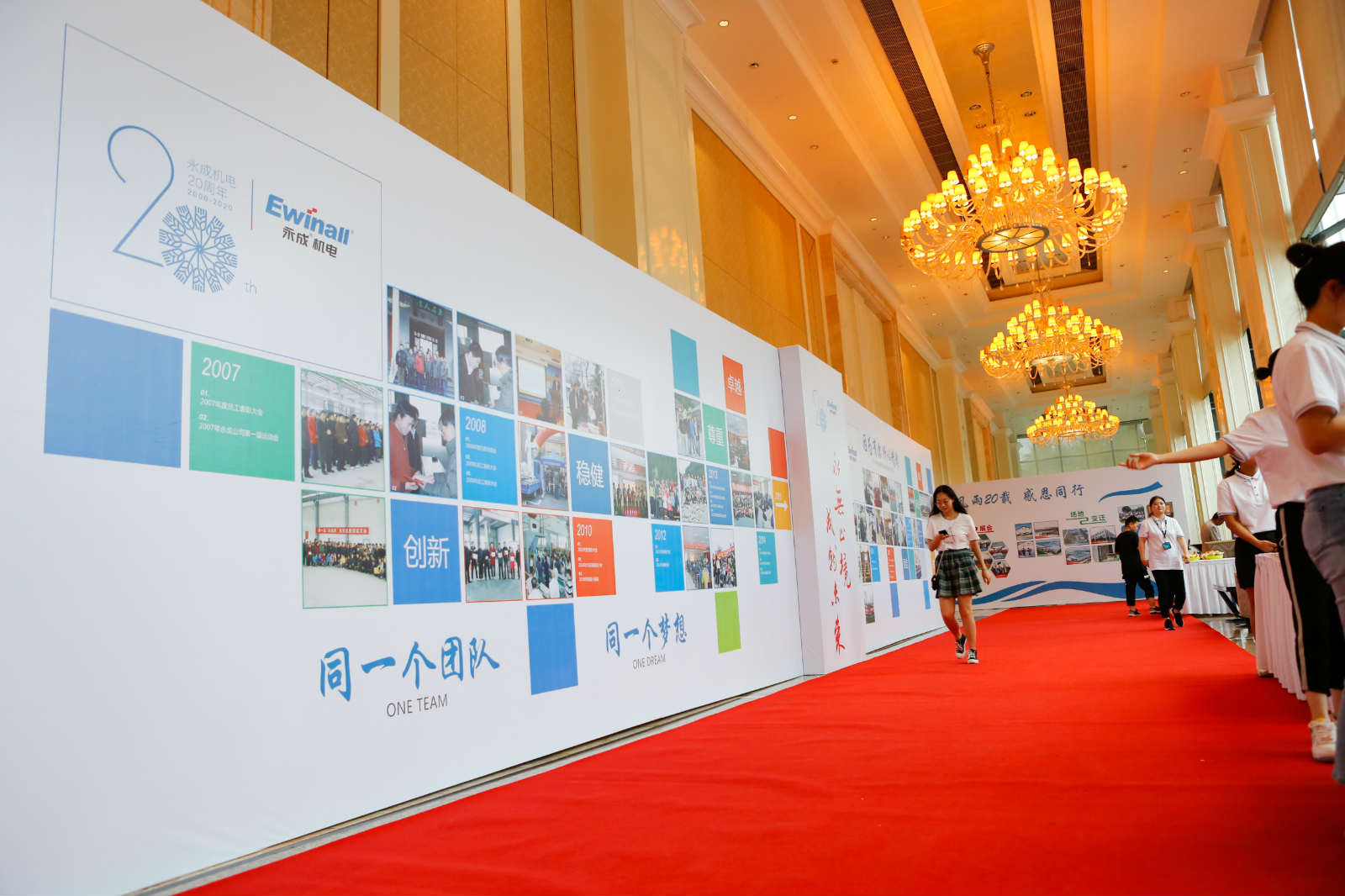 On the 20th anniversary of Yongcheng, government leaders at all levels, local universities, strategic distributors, customers, cooperative units, relatives of employees, and friends from all walks of life who care about the development of Yongcheng attended the event to witness and share Yongcheng Electromechanical The joy and excitement of the 20th anniversary. 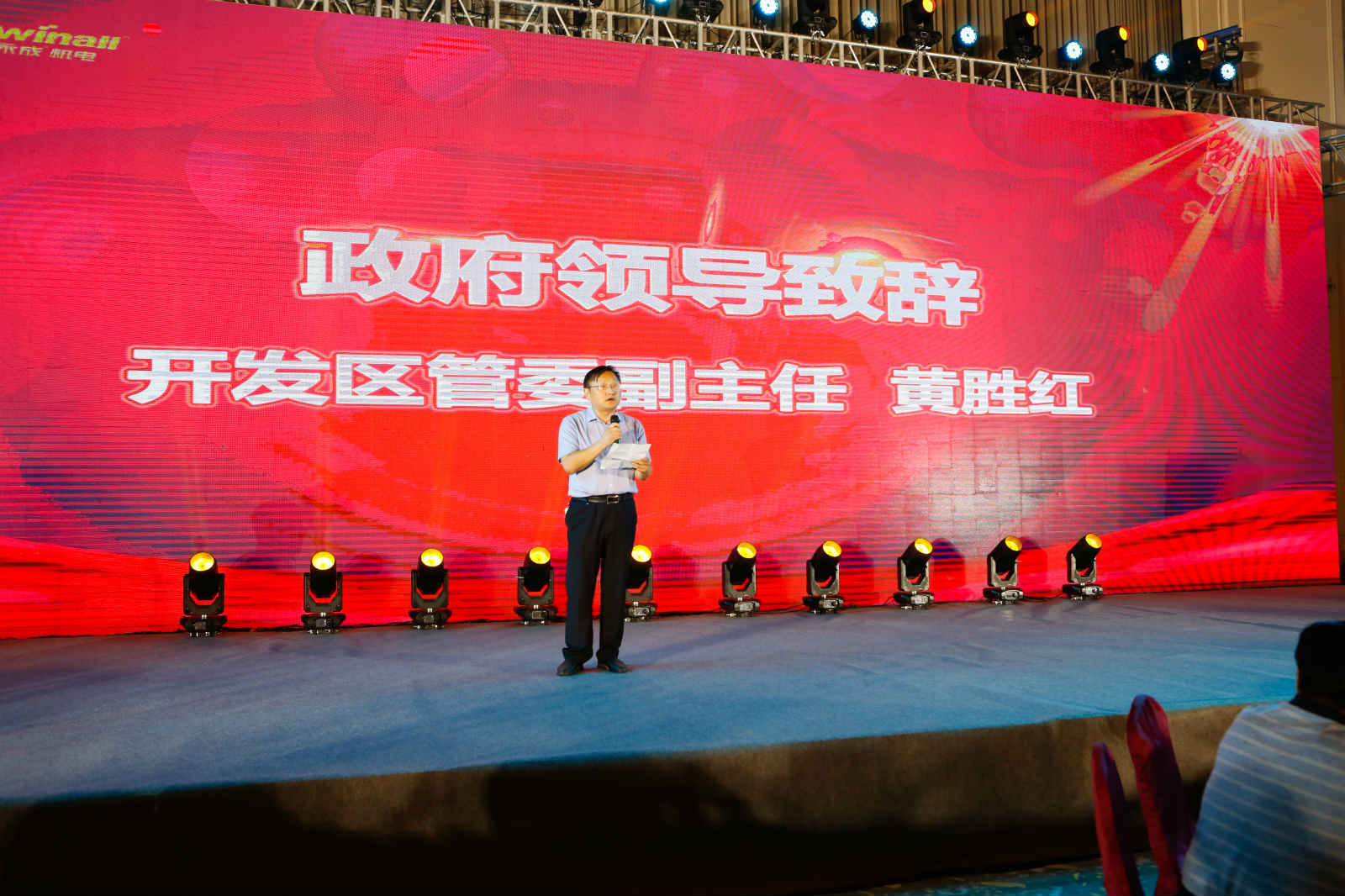 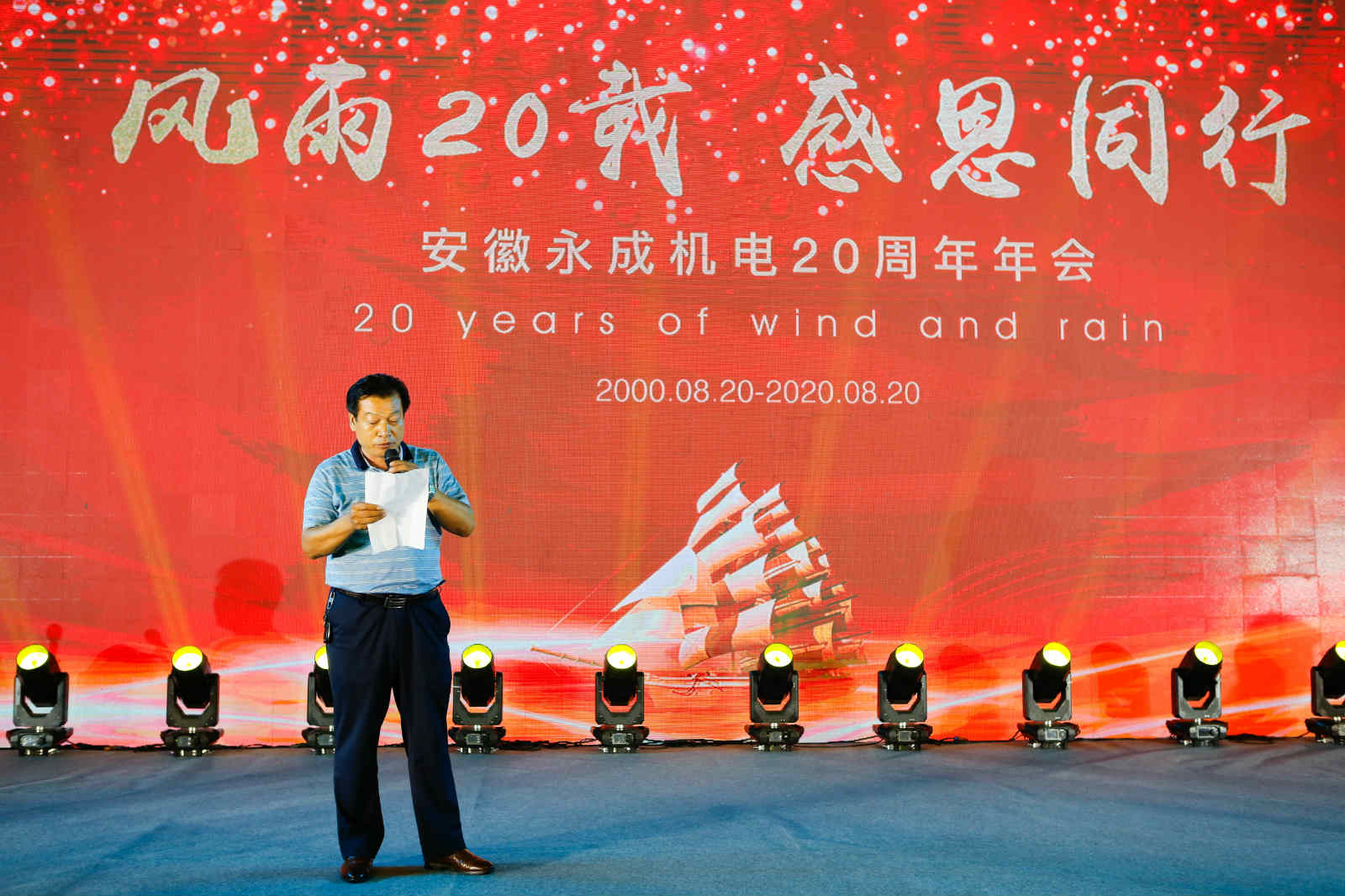 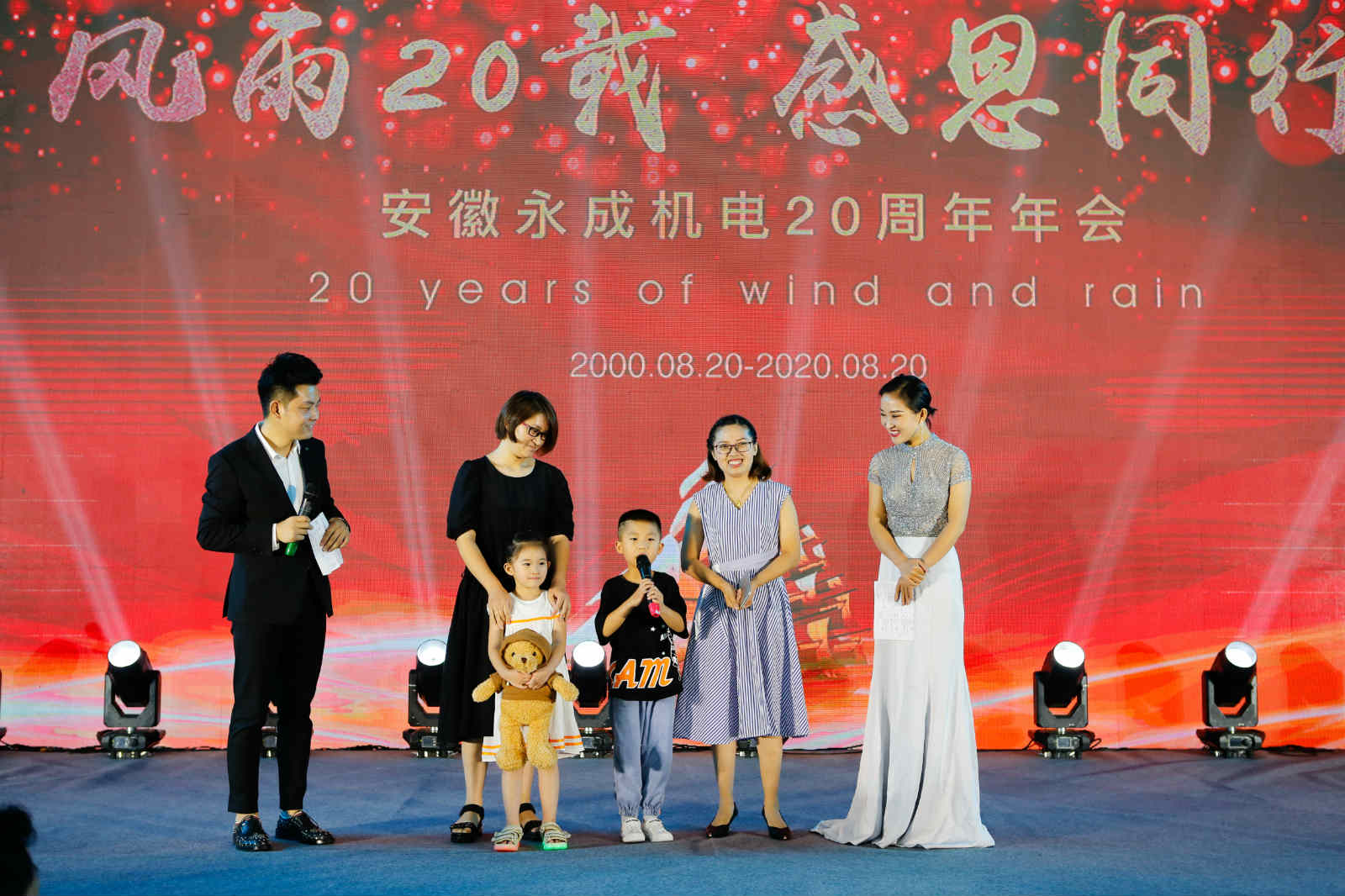 In order to present the 20th anniversary, the conference affairs team specially produced a video-"20 years of Yongcheng growth", 20 years of hard work, 20 years of wind and rain, 20 years of development, face by face, innovation after time The breakthroughs in development are all condensed in this video. The old photos not only record the hardships of starting a business, but also show that Yongcheng is moving forward steadily.

During the meeting, Chairman Fu Zhengbing delivered an important speech. He first reviewed Yongcheng's development history and achievements in the past 20 years, and summarized the connotation of corporate culture with the key words of maintaining love. In the end, he summed it up with "Xiongguan Mandao is really like iron, and now we are stepping forward from the beginning" to let us forget the past successes and troubles, put down our bodies, return to zero mentality, organize our bags, and start again. The next 20 years will be the era of talents and heroes. The next 20 years will be the era of Yongcheng opening up territory and going global. The next 20 years will also be the era when Yongcheng seeks breakthroughs in technology and changes in management. , The era of using innovation to climb a new peak! 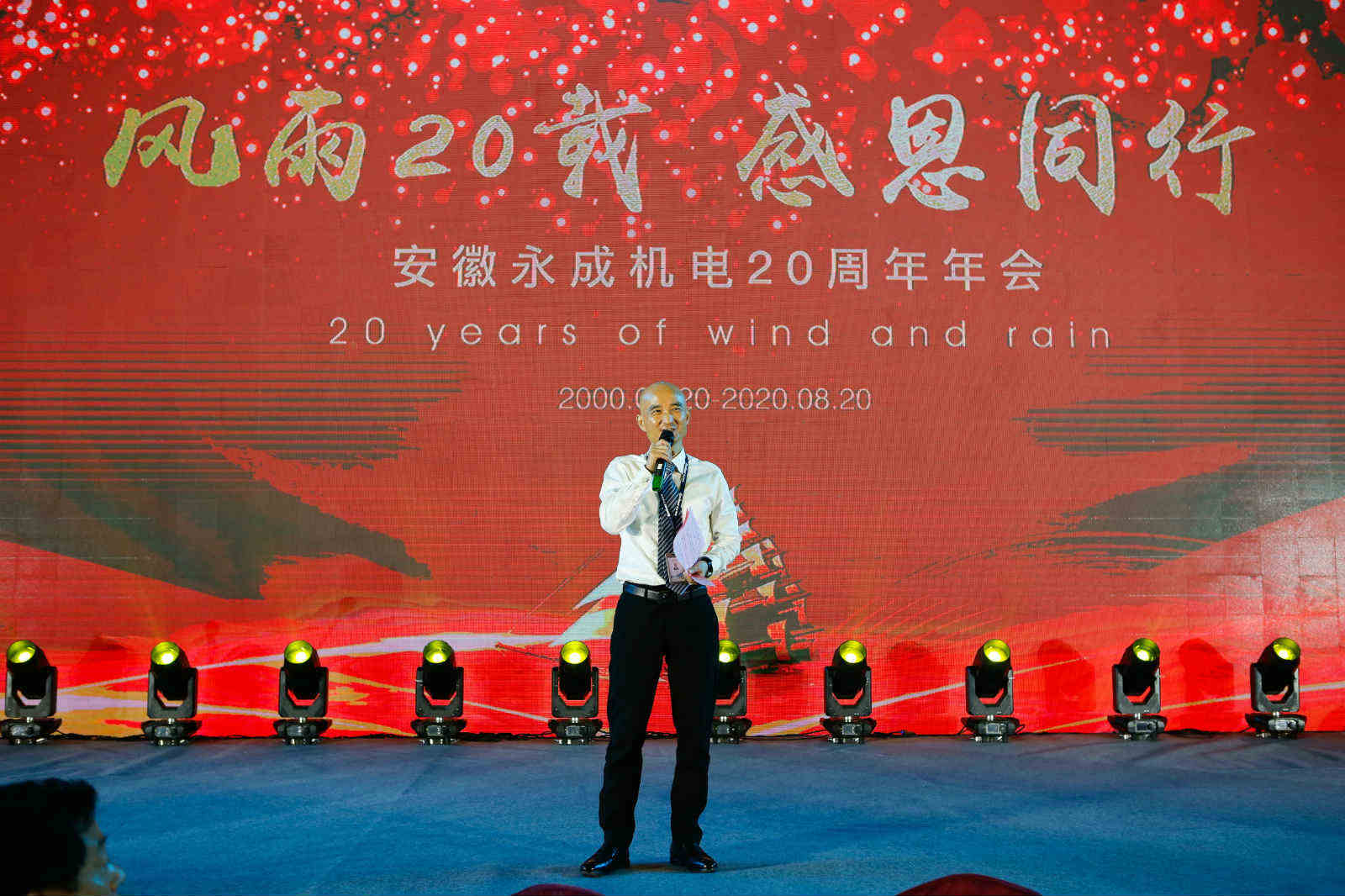 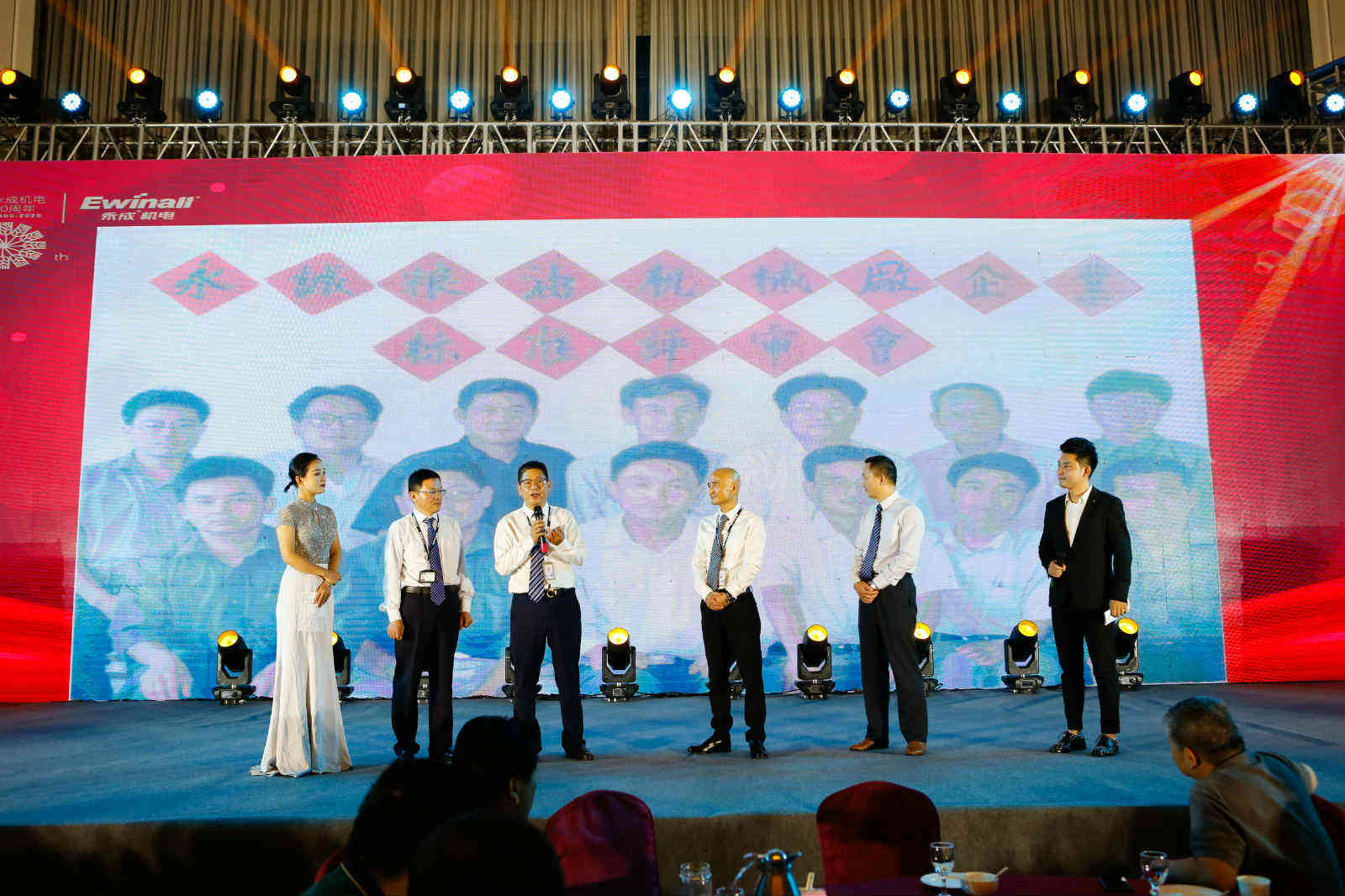 On the day of the conference, there were not only exquisite souvenirs, but also generous prizes, and various wonderful programs were prepared, making the annual meeting full of joy and surprise. "My future is not a dream" sung by the Yongcheng Chorus, even more shows the pioneering spirit of Yongcheng's hard work and tenacious struggle with impassioned singing. 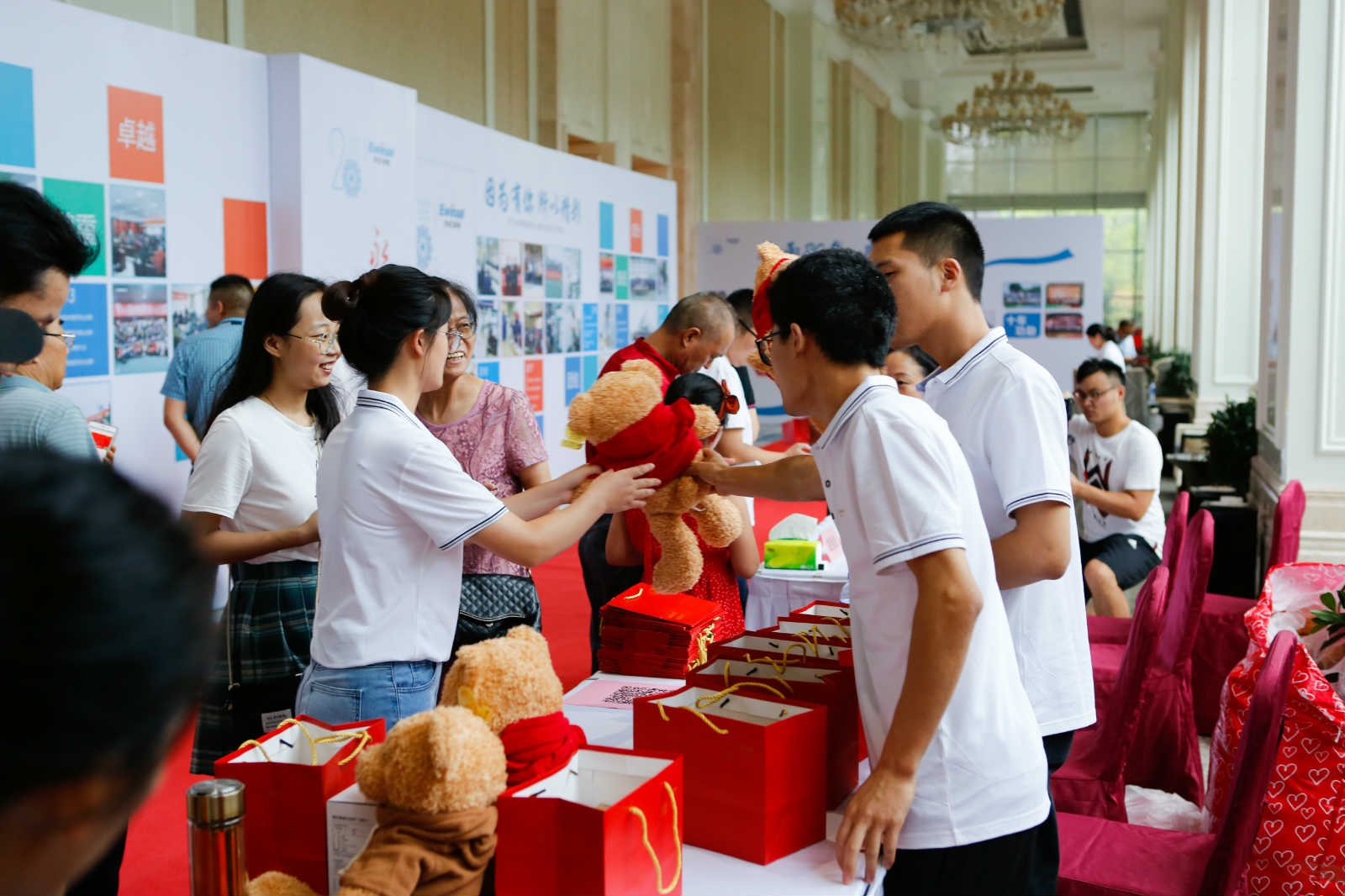 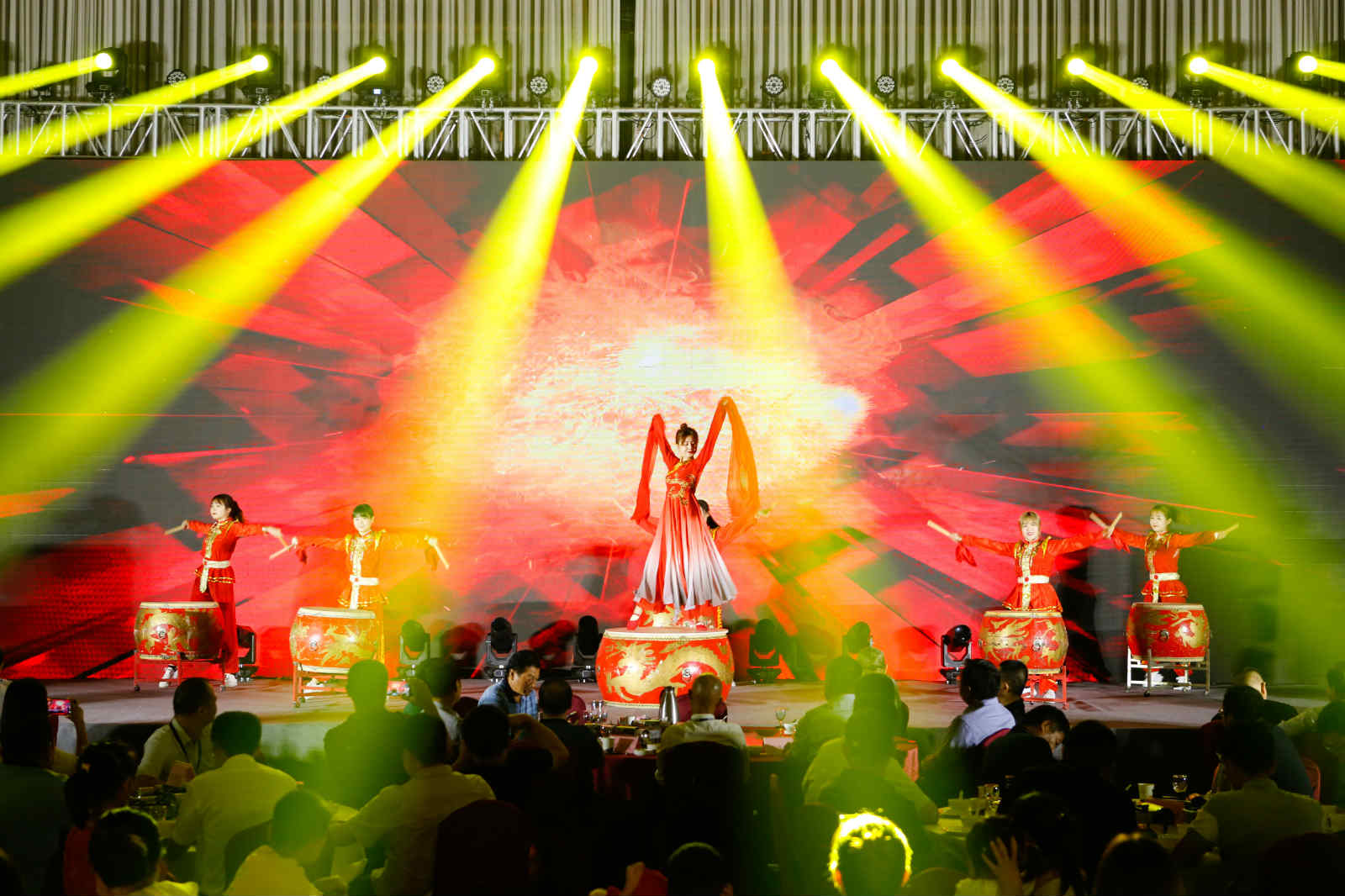 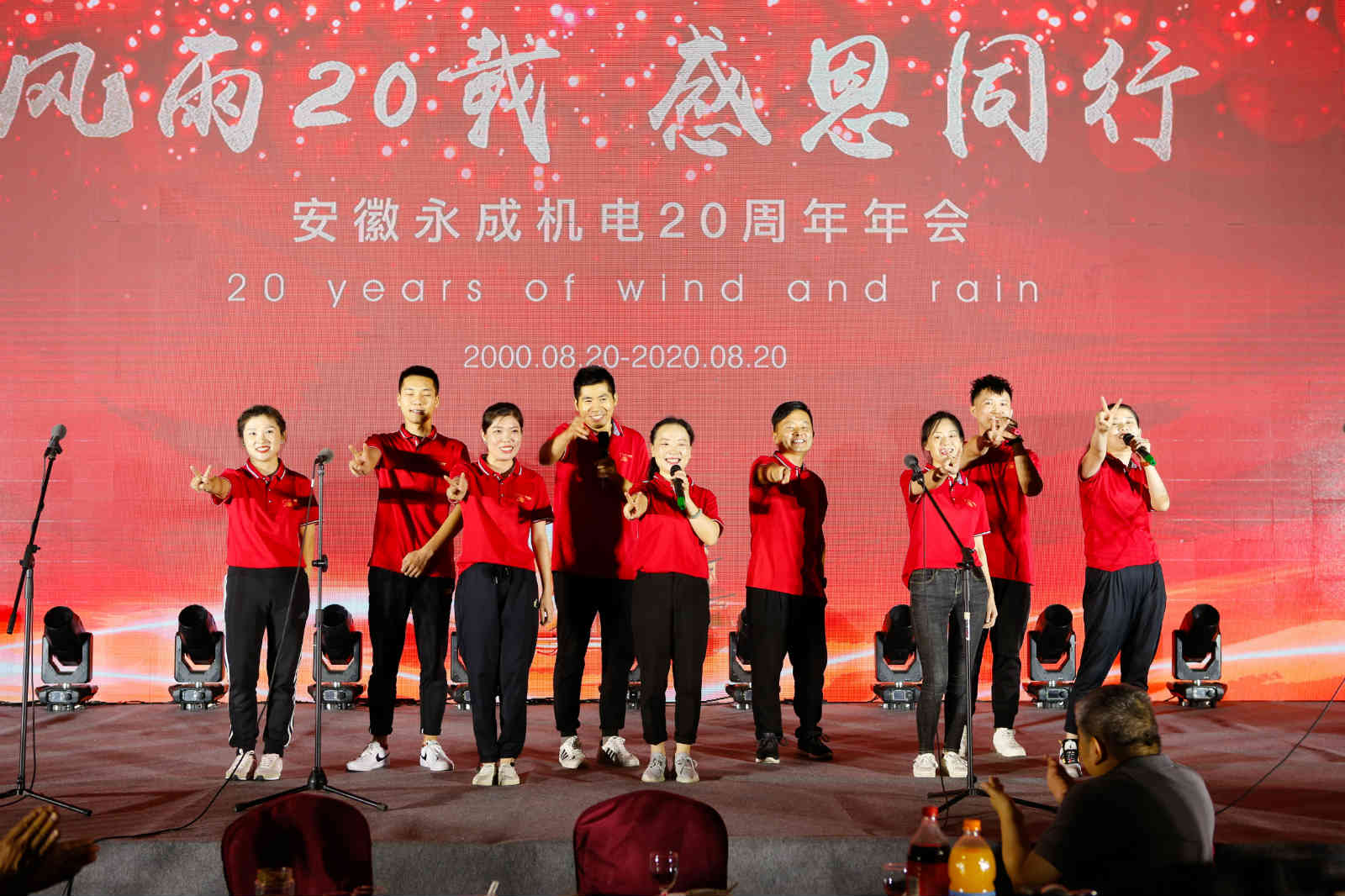 Finally, a toasting ceremony was held. The chairman led the company’s management team to fill up the wine glasses to join the stage, thanking all the leaders, customers, distributors, cooperative units, and friends from all walks of life who supported and helped Yongcheng, and also opened the next more brilliant 20 years.

Twenty years of spring and autumn, 20 years of glorious glory, "Twenty years of wind and rain, grateful for traveling together" Anhui Yongcheng Electromechanical 20th Anniversary Annual Meeting has come to a successful conclusion. But Yongcheng's footsteps will not stop for this. We will always uphold the business philosophy of "innovation, stability, respect, and excellence" and pursue the next ten, twenty, 100 years... 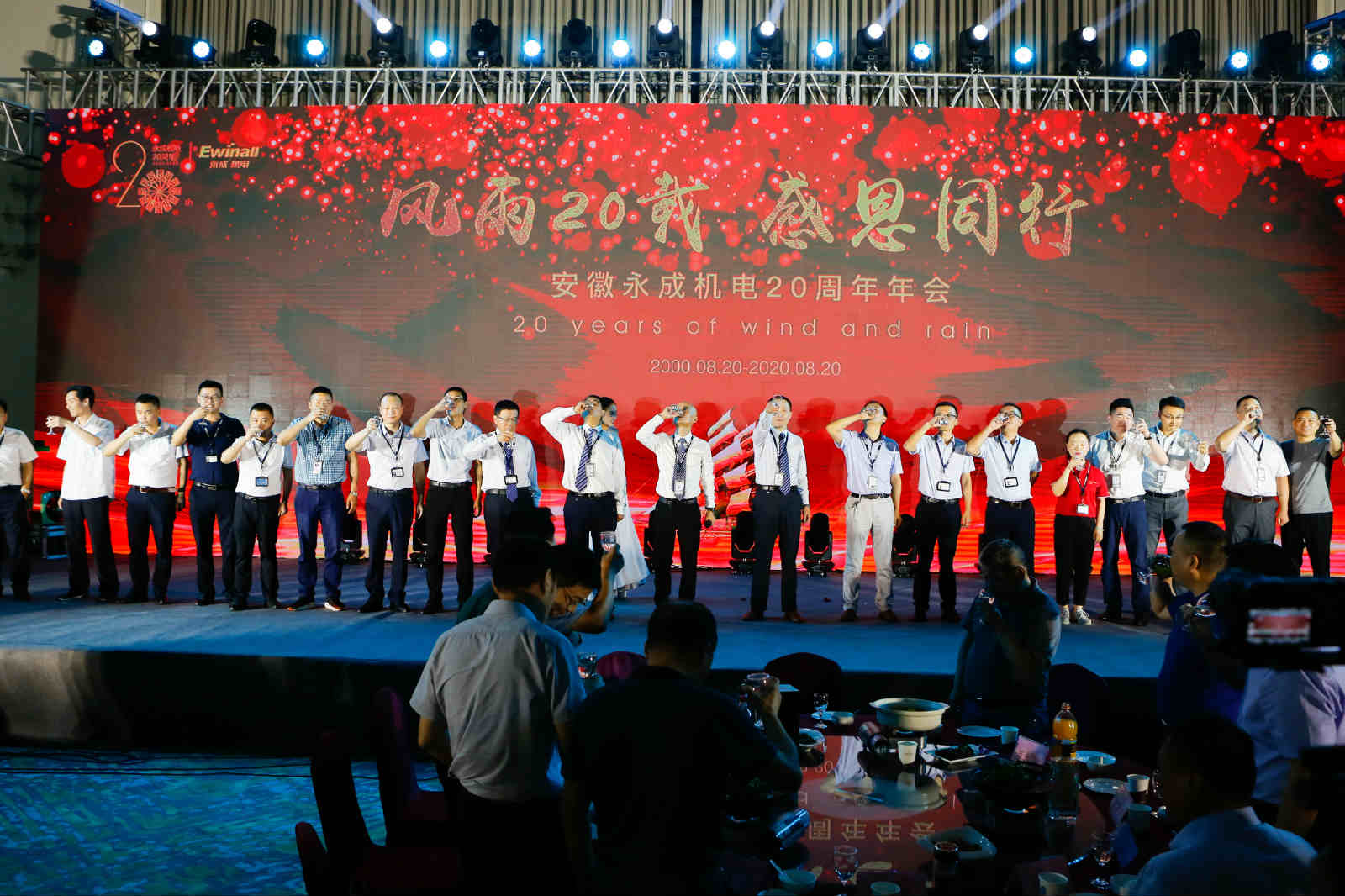 Scan the QR code to read on your phone